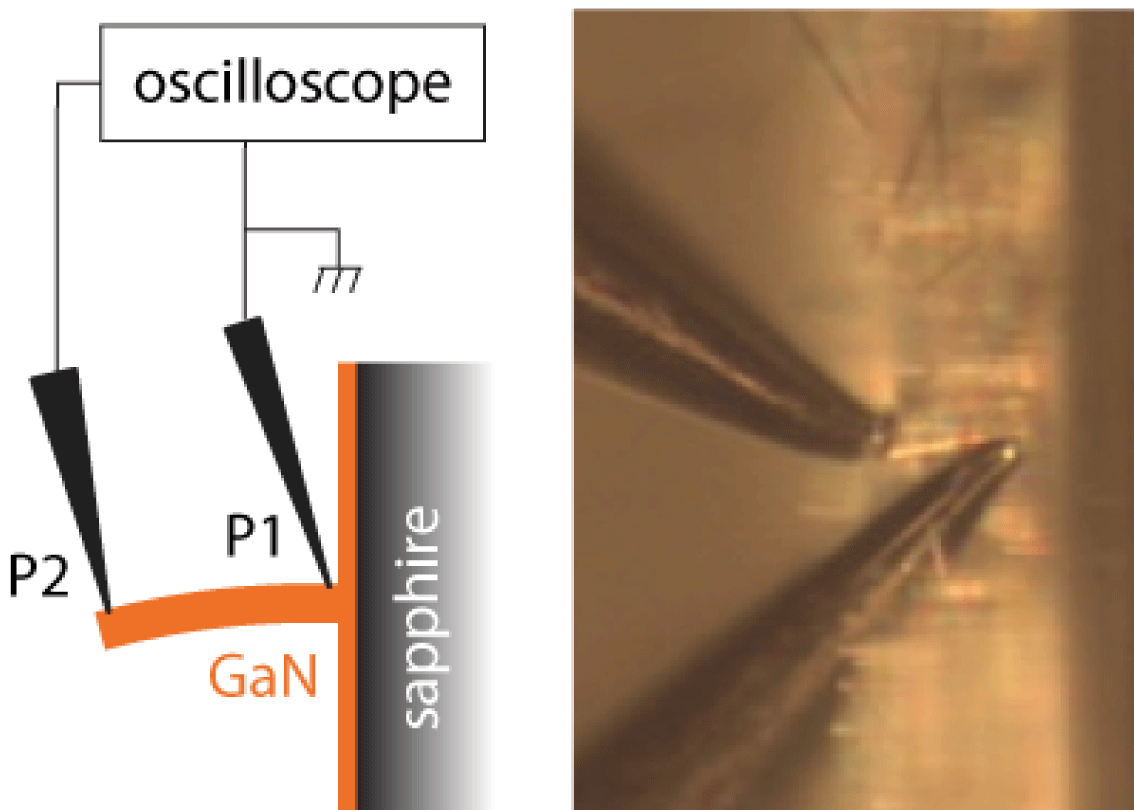 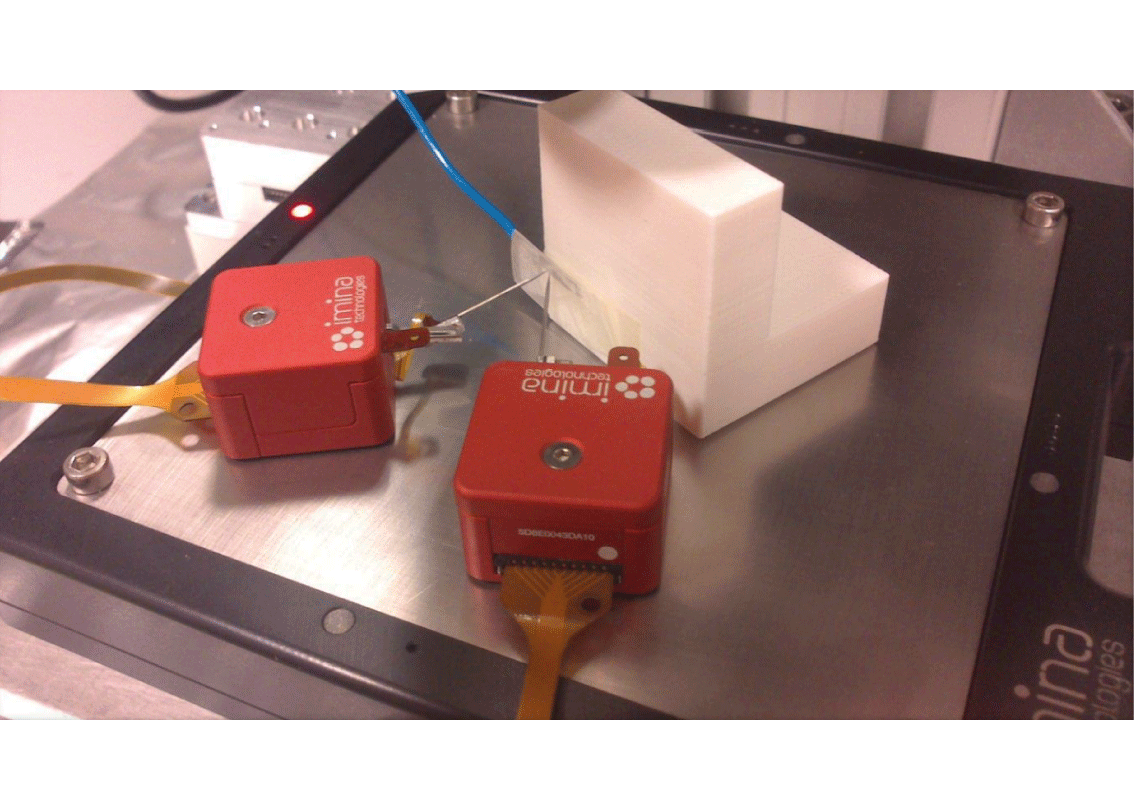 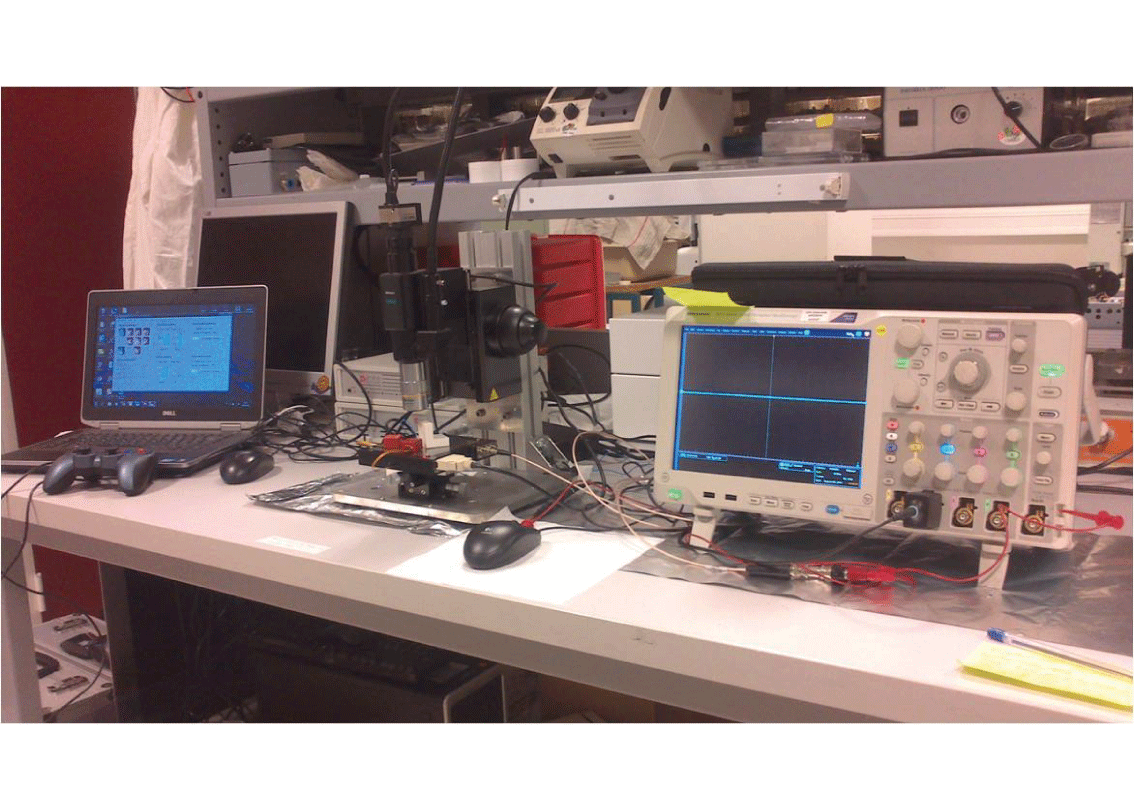 Products used in this application

This application note describes a method and the preliminary results that were obtained while attempting to characterize the electrical response measured from bending individual GaN nanowires. The piezoelectric property makes these particles interesting to create high sensitive and ultra-resolved microsensors that have application in force and pressure sensing.

Two electric probes mounted on miBot nanomanipulators and connected to an oscilloscope (Agilent Technologies) via a voltage amplifier with high input impedance were used to contact the base and the top of single nanowires. The probe at the top was used to apply a deformation to the nanowire in order to bend it. The oscilloscope was parameterized in differential mode to measure the difference of potential between the probe tips, representing the piezoelectric response of the bended nanowire. Response peaks around 30mV were measured for nanowire bendings of roughly 3um.

The compact design of the miBot micro-robots on the convenience of Portable platform made it easy to integrate them under a light microscope. The multiple degrees of freedom of the robot and their very intuitive motion control made it fast to contact the micron scale structures.

Young's modulus of a nanowires

The mechanical characteristics of a nanowire can be determined by modeling it as beam with one end held fixed. In fact, the Young's modulus can be calculated by bending the nanowire with a rigid probe and using the image from the microscope (SEM or optical) to measure the deflection.

Our solutions are distributed worldwide through our network of qualified partners. We are here to support you! Get in touch with us, we are committed to assist you in selecting the products that best meets your needs.

Find a partner in your country 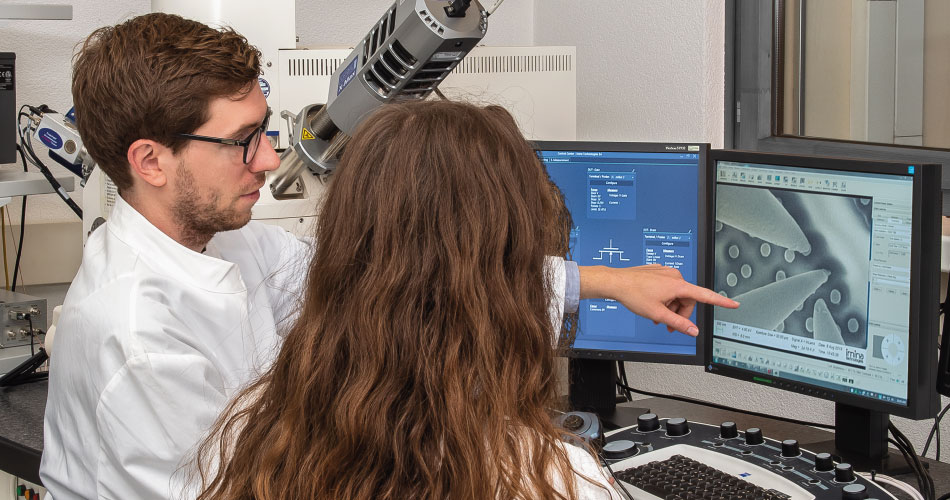